G. Edward Combs is the Principal of G Edward Combs Consulting, a California-based consulting firm. In addition to leading his own firm he serves as Insurance Adviser to Fractal Analytics. Fractal is a leading provider of advanced analytics that helps companies leverage data driven insights in making better decisions.

He uses his more than 30 years of experience within the auto insurance industry to deal with their most difficult product design and marketing issues. Prior to starting his own firm, Mr. Combs was the Senior Vice President of Marketing and Product Management for 21st Century Insurance, a California based auto insurer who distributed their products direct to consumers. Prior to 21st Century, he spent 22 years at Progressive Insurance in a variety of roles culminating in the Division Presidency of the Mid-South and Mid-Atlantic divisions. In the early 1990s, Mr. Combs led the cross-functional team that designed Progressive’s Aligned Auto insurance product that provided a rate for virtually every risk.

He holds the CPCU and ARM designations.   He has an AB degree from Princeton University and an MBA from the Amos Tuck School of Dartmouth College.  He is a former Board Member of the Insurance Institute for Highway Safety (IIHS), Highway Loss Data Institute (HLDI) and Advocates for Highway and Auto Safety.

Matthew R. Silverman is President and Chief Executive Officer of the Democracy & Media Education Foundation. He co-founded the Foundation in 2001 to support enhanced coverage of the democratic process by the nation’s Public Broadcasting Stations.

Mr. Silverman is a petroleum geologist with almost 30 years of experience in the natural resources sector in Europe, Asia, Australia and the United States. He is currently employed as Exploration Manager for Robert L. Bayless, Producer, an oil and gas company based in Denver. Silverman has also consulted for agencies of the U.S. government, for major and independent energy companies, and for multilateral institutions, such as The World Bank and the Asian Development Bank. 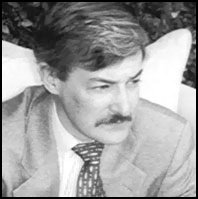 He holds the CPCU and ARM designations. He has an AB degree from Princeton University and an MBA from the Amos Tuck School of Dartmouth College. He is a former Board Member of the Insurance Institute for Highway Safety (IIHS), Highway Loss Data Institute (HLDI) and Advocates for Highway and Auto Safety.

From 1989-2000, Mr. Silverman was employed by Gustavson Associates, Inc., a U.S.-based consulting group, principally as Vice President, International. He was responsible for technical evaluation and capital formation for energy projects around the world. His work included business development, appraising commercial assets, preparing budgets and feasibility studies, and project management.

Mr. Silverman licensed huge acreage blocks and developed high-potential energy investments in Hungary and Turkey. In Hungary he utilized diverse technical data sets and an understanding of the European energy markets to generate a huge natural gas project. In Turkey he managed the commercial and technical aspects of petroleum exploration on a 2-million-acres block in Central Anatolia.

He has lectured to several industry groups in Europe and North America on a wide variety of commercial and technical topics. Mr. Silverman has provided litigation support and expert witness services for natural resources matters in the United States, Europe and the Middle East.

With Gustavson, Mr. Silverman was also involved in U.S. activities, including evaluation of the Department of Energy’s undeveloped mineral properties in the Uintah Basin, Utah; and an appraisal and exploration management plan for the giant Pitchfork Ranch, Texas. He prepared an appraisal of exploratory properties in Cook Inlet, Alaska, and an evaluation and appraisal of the environmentally sensitive Nordhouse Dunes Protected Area, Michigan.

From 1982-1989, he was employed by an operating subsidiary of the French company, TOTAL, and its predecessors. Mr. Silverman was responsible for regional geology, project economics, prospect generation, and drillsite selection and evaluation. He provided expert testimony to boards and commissions in three states.

PUBLICATIONS:
Mr. Silverman has published approximately 20 scholarly articles and five books. He has also edited two energy-industry journals. The articles have focused on commercial and technical strategies for international and domestic petroleum companies. The books have been published by Barnes & Noble Books and reflect the author’s interest in such diverse topics as information, the Civil War, science and sports.