The first set of goals of the Democracy & Media Education Foundation (“DMEF”) include development and implementation of a non-governmental, non-coercive, non-partisan project to begin the process of changing the relationship between television and politics. 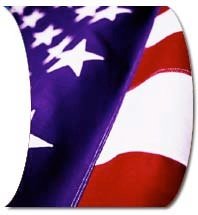 Additionally, the DMEF believes it is important to include journalists as one of the primary focuses of its programs, along with academicians and others doing research on the political topics selected by the DMEF. By providing more information to journalists, by making it easier for them to gather data and evaluate it, by doing analyses for their use, and by taking on related tasks, the DMEF can assist journalists, academicians, and other researchers in better understanding the political realm and in exposing it to the Public as well as providing a higher degree of education about politics to citizens.

The DMEF recognizes that the bane of modern politics is the 30-second television spot. The 30-second spot is the most powerful tool in the hands of political campaigns and has been used to shape and alter – sometimes radically – public opinion. The shortness of the 30-second television spot plays to the seemingly short attention span of the American electorate. It’s importance in politics is revealed by the extraordinary amount and high percentage of campaign resources dedicated to television advertising – dwarfing any other campaign expenditure and dominating candidate’s schedules as they typically spend a majority of their time raising funds to pay for television advertisements.

The DMEF seeks to develop relationships with various campaign reform, election information, and media organizations and will encourage exploration and expansion of such relationships. similar to the one established by “Election 2000” with The Denver Post. The DMEF believes the Election 2002 Project should seek the involvement of both commercial and non-commercial radio stations, commercial television stations, daily newspapers and other print media. It expects to see “Election 2002” do all of this as part of the model.

The need for a concerted, media-based effort to provide impartial information to the Media and the Public was identified in the “Election 2000” effort – now a model for the Election 2002 Project. Nationally, this need has been identified for years by numerous organizations such as the League of Women Voters, Common Cause, almost every political party, thousands of candidates for public office, various local and national commissions, and the American Public. Even the federal judiciary has expressed its concern about the evolution of “pay to play” campaign contributions.

Reform efforts to date have floundered because they have been coercive in nature, have required public funding, and/or have made demands (e.g., “free broadcast time”) on commercial TV networks and stations which they found unpalatable and antithetical to their for-profit nature (despite being publicly licensed). All of these solutions have encountered significant resistance and have had difficulty in obtaining the simultaneous support of the executive and legislative branches of government at any level. Many of them also present constitutional challenges. Other solutions require an amendment to the U.S. Constitution and to state constitutions — all unlikely to happen due to both the need to have an organized, well-funded effort for such a venture and the fact that a constitutional amendment requires broad-based support in the U.S. Congress and in the nation’s state legislatures. Both of these sets of groups consist of people who have won election under the current system and, because “it works” for them, they are the least likely group to implement truly effective reform (i.e., their thinking is “I got elected so the system works for me. Why should I change it in a manner which might give a challenger an advantage?”).

The Democracy & Media Education Foundation is seeking ways to educate people about these issues and support efforts to find ways to make positive changes without requiring constitutional amendments and without using coercive strategies. The Foundation believes “Election 2002” offers a model for positive, non-coercive change.